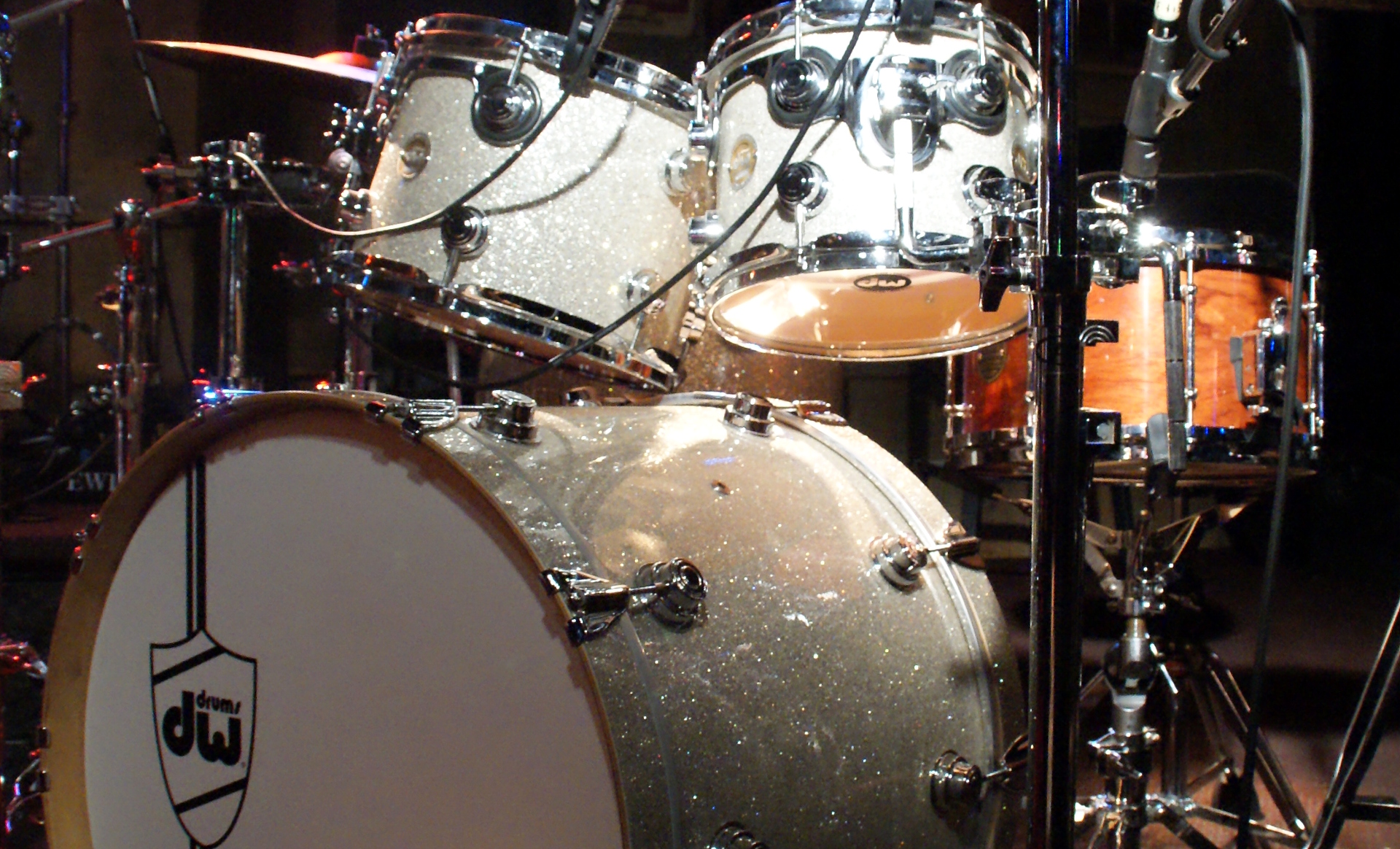 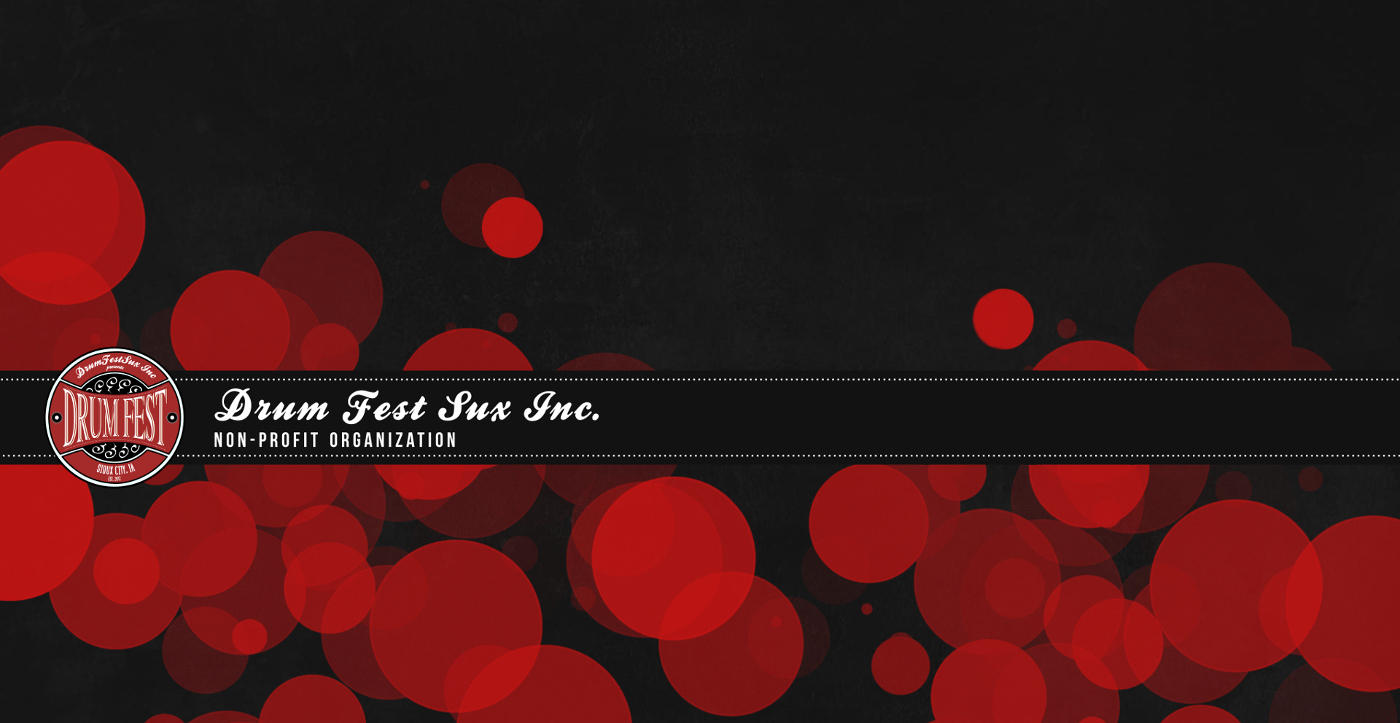 Sponsored in part by

Drum Fest was born out of a wild idea in 2012 by drummers Eric Meek and Matt VM while hanging out at the famous Chesterfield open jam. The initial idea was to hold a local drumming competition among drummers. Where they could battle it out for prizes and bragging rights. Eric and Matt set out to create more than just a boring drum solo competition however. They sat down and came up with multiple drumming events that would encompass all facets of drumming and percussion studies. Drummers from the local community as well as surrounding areas came out to compete in more than expected numbers. Needless to say, Drum Fest was a success from day one.

After the dust had cleared from Drum Fest's first major event, they put into motion the concept of becoming a yearly non-profit organization that would promote drumming and produce events throughout the year in addition to their already successful yearly Drum Fest event. Since that time Drum Fest has became an official non-profit organization and has produced multiple Drum Fest events in the area. Drum Fest has also made some very strong partnerships in the community that continue to help Drum Fest grow and succeed at it's mission.

To be a part of Drum Fest, join us on Facebook, Twitter, or Google+ . Send us a message and let the drumming begin!

I had the greatest time playing and hanging with the amazing drummers of Sioux City. It was everything you could ask for from a drum event only without the ego. Great drumming and nice people! My kinda day! Steve Bowman - Original Counting Crows drummer

Drum Fest is simply a pleasure to attend! So vast and wide open and fun. Phil Carlin

Love that its open for all skill levels. Also love that everyone supports each other. Meant a lot that people cheered my daughter, who is hearing impaired and only played a couple years. Made her part of the drumming community. Melissa Burns

I was impressed by how well organized Drum Fest is for being a young organization and seeing Drum Fest progress into something even better. Adam Chilton

Drum Fest is a community more than a competition. I think Drum Fest is one of the best places to get experience as a drummer in performance because you have such a great environment for support. Briar Burns

Drummers are a special breed of folk.. Drum Fest is where they can all come and be just that! A day to just be a drummer! Stevee Cee

If I would not have checked out Drum Fest back in 2013 and met Matt VM, I strongly feel I wouldn't be drumming today or had the chance to compete in Drum Fest 2014! Risty Bryce

Players are divided into brackets based on skill level. A coin toss will determine which player begins. The first player will perform a beat for no more than 2 bars of time or 5 sec. in length of any genre, style or time signature. The second player must then match that beat. Taking turns with this process until the first player receives 3 strikes. Each player has the option of calling out one challenge per round. A challenge is used when a player feels that the other drummer can not repeat his or her drum lick. If the player being challenged can NOT duplicate it, that person receives a strike. The winning player will move onto the next round. Players are also judged on their performance.

Player will perform a solo of their choosing based on an original arrangement or one written by someone else. The solo must be at least 2 minutes long but no longer than 4 minutes* in time. The player will be judged on technique, originality, style, and overall performance.
* An exception on the time limit may be made for your solo if it is not written by you and is pre­approved by the judges.

Player will perform to a music cover of their choice. The cover can be of any genre and can be an instrumental with or without drums already. Cover must be no longer than 4 mins. Player will be judged on accuracy and ability to reproduce the original drum part on their cover as well as their overall performance.
* Your drum cover selection must be given to Drum Fest officials at least one week prior to the event. No duplicate drum covers will be allowed.

Player will perform a solo of their choosing based on an original arrangement or one written by someone else. The solo must be at least 2 minutes long but no longer than 5 minutes* in time. The player will be judged on technique, originality, style, and overall performance.
* An exception on the time limit may be made for your solo if it is not written by you and is pre­approved by the judges.

Player will perform a single stroke roll rudiment as fast as they can for a sustained period of 60 seconds. A beat counter will be used to determine the players BPM. No multi­bounce strokes are allowed. You will be judged on speed only. Preliminaries will be held on the second stage. The top 10 will move on to the finals on the main stage.

Player will perform a single and double foot beat in any order as fast as they can for a sustained period of 60 seconds each. A beat counter will be used to determine the players BPM. No multi­bounce strokes are allowed. You will be judged on speed only. The combined speed of your single and double will determine your final score. Preliminaries will be held on the second stage. The top 10 will move on to the finals on the main stage.

Player will be given a tempo of 100BPM for a period of 15 sec. After which time the tempo will be removed and the player asked to play a groove in 4/4 time of any genre they are comfortable with for 25 measures (bars). The player will be timed once the first beat is played and stopped on the last beat. The player will be judged based on how close they are to the correct time upon finishing the groove. Tie breaker points may be used based on originality and style.

Player is asked to play a groove. NOT a drum solo. The groove can be of any genre, style, and tempo. The groove must be 2 – 3 min. in time. Remember, tastiness is key in this event. Players are judged on originality, style, and overall performance.

Player will be asked to play a randomly selected rudiment, based on skill level, on the snare. The rudiment must be started slow and sped up to their top comfortable speed and then back down to the starting speed. Player is allowed one pass to draw another rudiment. If player does not attempt any rudiment no score is given. Player is judged on technique, accuracy, and overall performance. Tie breaker points may be used for speed in this event.

Player will be asked to draw a song from a “hat”. The songs will contain very common drum intros or beats. Player is allowed one pass to draw another song. If player does not attempt any song no score is given. Player is judged on accuracy, style, and overall performance.

Player will play a groove for two measures then continue to play the groove while doing the most stick tricks. Player will perform for 2 min. Judged on originality, style, and overall performance.

Player will play any rhythm or beats with any of the available hand percussion items. Player will perform for 2 to 4 min. Judged on originality, style, and overall performance.

Drum pentathlon
Player who has competed in 5 or more events. Judges will tally up the top 5 event scores for the player to determine a final score. This is the GRAND PRIZE and determines the overall winner. The GRAND PRIZE can only be won in this manner. 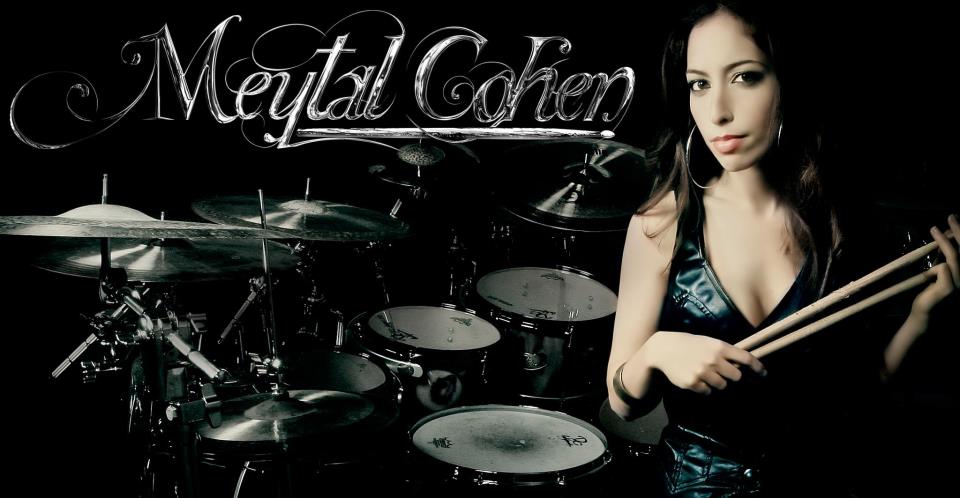 Meytal Cohen will be the featured Drum Fest 2015 drum clinician / performer! We are super proud to have her at this year's Drum Fest. Meytal is a female powerhouse of a drummer. She is best known for her YouTube drum cover videos. With well over several million views on tons of her videos, she is an Internet sensation.

Meytal will be doing a short meet and greet at Drum Fest 2015. Followed by a clinic and drum performance prior to the main events. Meytal has also agreed to jam with the top three copetitors this year by possibly doing some Copy Cat against them.

Meytal Cohen is a hard-hitting versatile drummer based in the Los Angeles area. Born and raised in Ramat-Gan, Israel, Meytal is the youngest in a large family of seven. Meytal graduated from the prestigious Blich High School in Ramat-Gan as a theater major. At the age of 18, Meytal started playing drums and found her passion.

After being released from duty after serving two years in the Israel Defense Force, Meytal relocated to LA and enrolled in the Los Angeles Music Academy to pursue her drumming career. She was professionally trained in drums and percussion by world-class musicians such as: Joe Porcaro, Ralph Humphrey, Michael Shapiro, Aaron Zerfaty, Randy Cook and Joey Heredia. Her fusion of Rock, Funk, Jazz, and Afro-Cuban contribute to her unique style.

Meytal has collaborated, recorded, and performed in tours in the U.S., Australia, South America and Europe with some of the biggest names in the Hollywood music industry: N.E.R.D, Chromeo, Nelly Furtado, Metaphor and more.

As of July 2013 she has been working on her own original music, having just released her first single ”Breathe” and working on a full album.

Currently, Meytal invests a great deal of time and efforts into her online videos project “Meytal”, a project that has been getting massive worldwide exposure and support, and has been viewed by millions of fans and industry professionals all over the world, including Vinnie Paul (Pantera), Shavo Odadjian (System Of A Down), Jonas Akerlund (Music Video Director - Madonna, Beyonce, Lady Gaga and more) to name a few.

Meytal is an official endorsee of Vic Firth, DW Drums, and Meinl Cymbals.

If you want to learn more about Meytal, please check out the following sites featuring her.
web site
FaceBook
YouTube